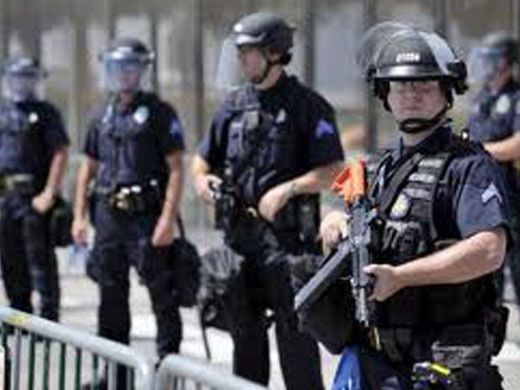 On April 28, 2010, the Administrative Law Court of Costa Rica unanimously  agreed with  a complaint filed by lawyer Roberto Zamora, thus nullifng Executive Decree 34580-MSP issued in 2008 by President Oscar Arias.  The nullified decree authorized police to use military weapons at the discretion of the Chief of Police.


The nullified  decree had allowed police to use war weapons, such as Uzis, Mini Uzis, M-16, AK-47, among others.  The court reaffirmed that the use of these weapons is prohibited by Costa Rica's Arms Law and their use is reserved for states of emergency, internal unrest, state of siege or invasion, all requiring a presidential decree of  national emergency.

The court found that the crime wave in Costa Rica cannot be considered as an exceptional situation, but instead, represents a fundamental problem to be solved with mechanisms established by law, not by decrees contrary to the law. The court recognizes the importance of a change in the Arms Law if an improvement in police weaponry is needed.

The court also found “unreasonable and disproportionate” that the President used an exceptional decree to address the need of providing better police resources, using a mechanism specific to cases of internal disturbance for the purpose of solving an ordinary national problem.


Finally, the Court held that the decree did not directly violate the rights of assembly and demonstration, stressing the existence of legislation banning the use of such weapons for the suppression of demonstrations.

Zamora stated that "the decision is important in that it limits, for the time being, the process of militarization of the police. The use of these weapons implies the existence of special training processes. which is alarming if you relate it to the Costa Rican police being sent for training to the School of the Americas (WHINSEC, Ft. Benning, Georgia). “   Zamora points out that police militarization in Mexico only led to escalating levels of violence by criminals. The ruling is another victory for Peace in Costa Rica."

Zamora is known for his legal work related to peace and weapons control. In 2004 he was instrumental in achieving a Costa Rican Supreme Court decision to invalidate Costa Rica’s joining with “coalition of the willing” for the invasion of Iraq , ordering the formal removal of this support. In 2008 he also successfully argued that the  Supreme Court declare unconstitutional the fabrication of weapons of war in Costa Rica, including uranium weapons, and also declaring the existence of the right to peace.

Currently he is challenging the legality of CAFTA´s weapons provision as well as disputing the legality of the permit to give the Congress of Costa Rica the right to allow foreign troops to patrol its waters in domestic police work.